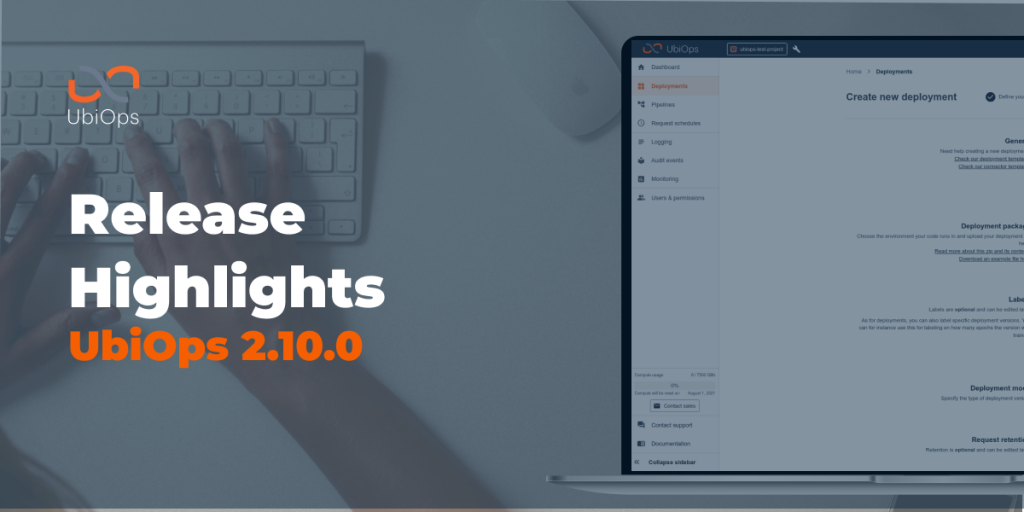 Support for requests up to 48 hours

Batch requests can now take up to 48 hours to complete. This enables you to run longer running workloads on UbiOps, such as training jobs, parsing, big database insertions and many more. All new and existing batch deployments support these longer running requests. For express requests, the time limit
remains 1 hour as it was before.

It is now possible to cancel batch requests while they are in progress. This will terminate your code and release the computing resources of the deployment instance within 30 seconds. You can use the cancel button in the WebApp or use the API to cancel requests. It is for now not yet possible to cancel express requests.

Batch deployments process requests asynchronously, these batch requests are allowed to take up to 48 hours for processing. This can for instance be useful for running training jobs, optimization scripts or large database insertions.

Express deployments process requests in a synchronous way, these direct requests are useful for running tasks that generate a quick response and need to be implemented accordingly. Think of model inference, data processing steps or similar calculations.

We can imagine you might have quite some questions about the two deployment types, so we have posted some FAQs here.

⚠️ You can no longer send both request types (batch & direct) to the same deployment. Instead, you should choose the request type when creating a new deployment.

We have dropped support for Python 3.5 in this release, as it has reached end-of-life status a while ago and is no longer maintained. We have been in touch with all customers still running Python 3.5 deployments and helped them migrate to a newer version.

Need more? Contact us and we’ll adjust it accordingly.